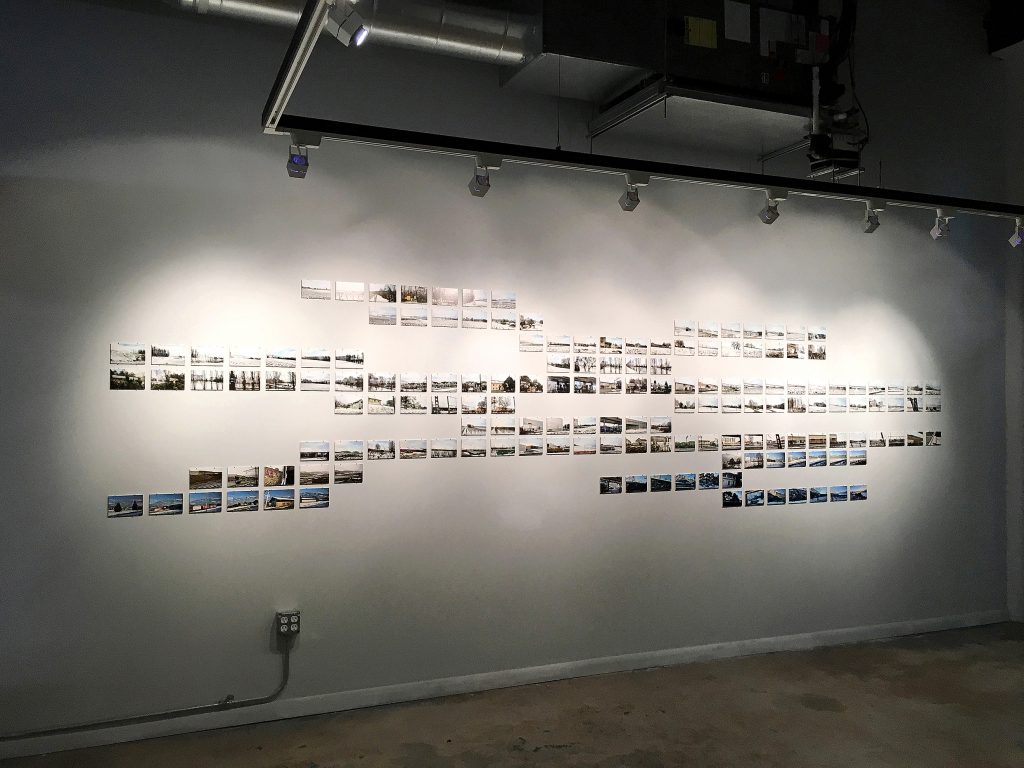 Intercity is an installation that traces the hypothetical map of train routes with 160 photographs compiled from a snow landscape and displayed in the order they were taken.

I wanted to trace the resulting sensations of traveling by train from a selection of hundreds of photographs taken between cities. In placing 160 images on the wall in a grid, shaped as a route map I wished to reinforce the idea of transference and passage. In these particular sights, one could observe the declining outlying areas and residual spaces long the rails showing us an inherent temporariness in the overlooked landscapes.

The purpose of creating “Intercity” was to produce responsive reactions regarding the progressive changes of context and speed. Thus, conveying the physical and psychic dislocations experimented in such a journey. The micro details revealed in the postcard-sized prints would narrate much of the fortuitous happenings, both in the interior and the exterior of the collective vehicle. Additionally, one could perceive the non-visible sites unveiled in the ghostly reflections of the opposite windows, that reminded us of the place from where we watched. 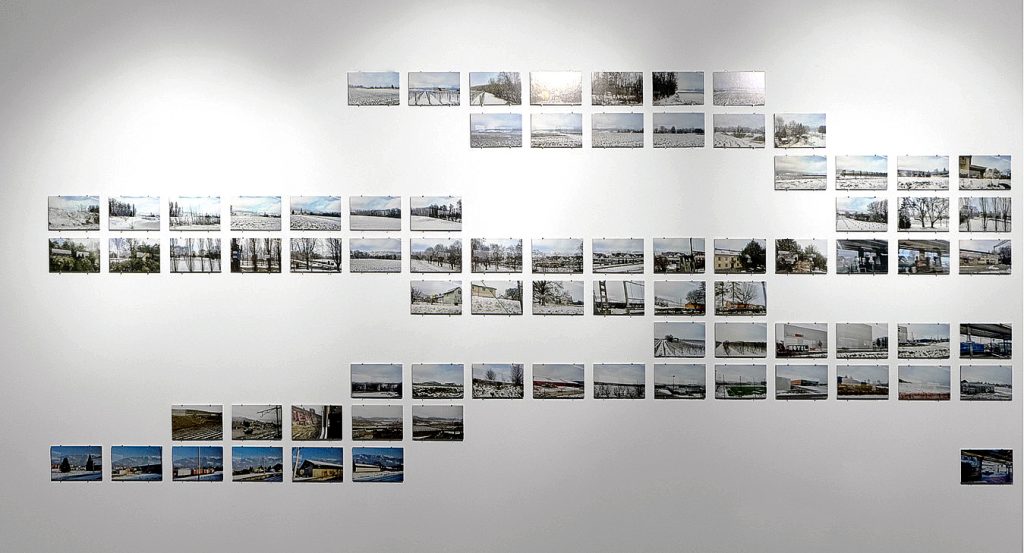 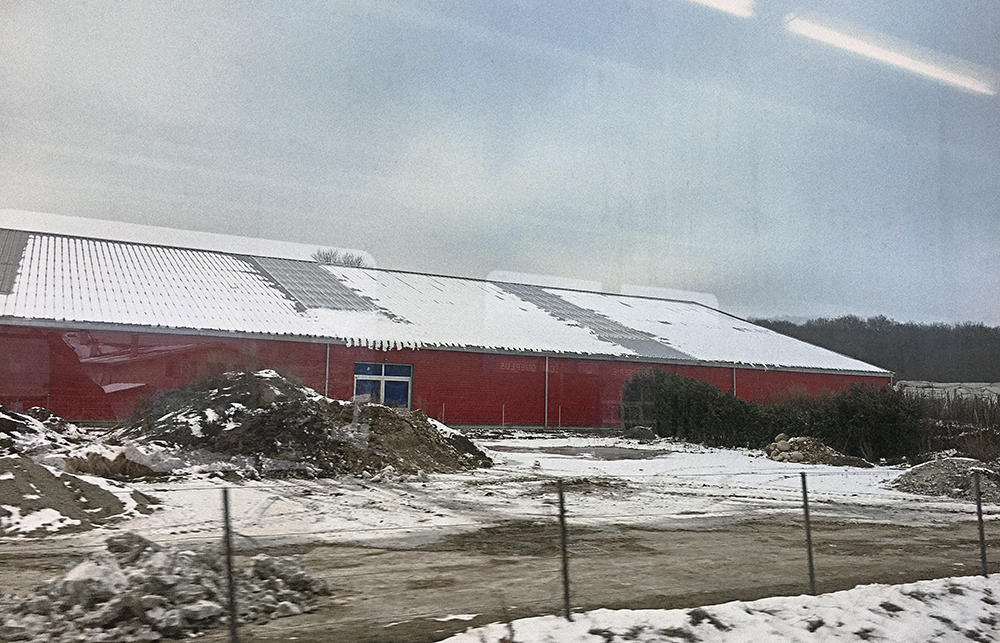 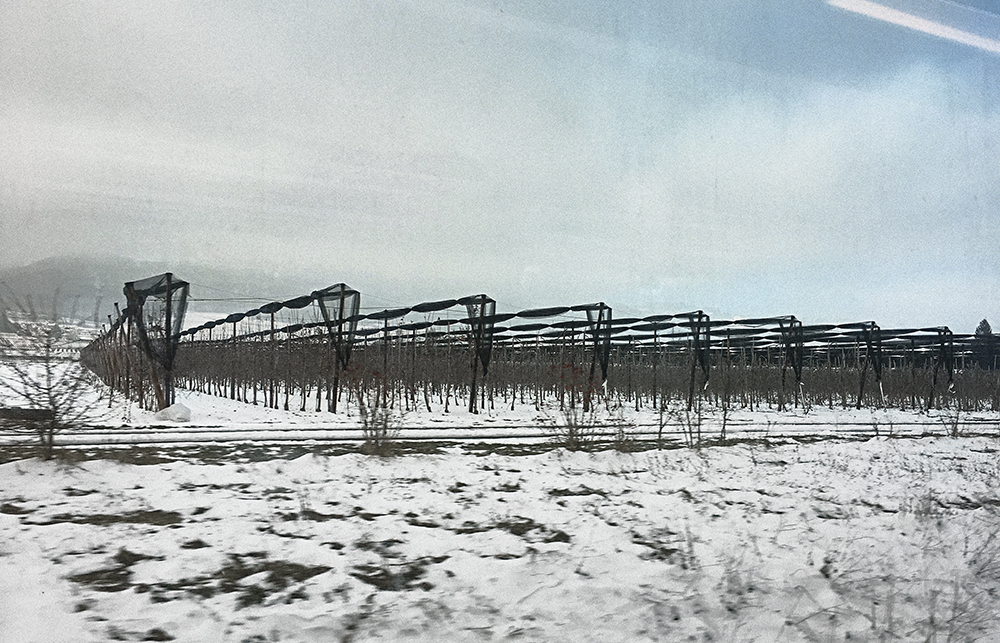 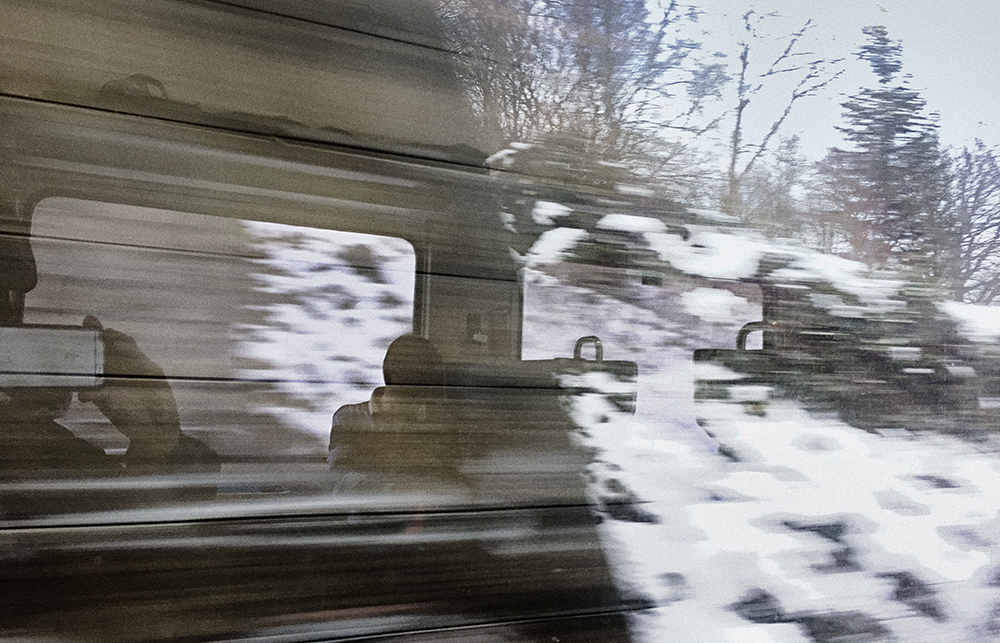 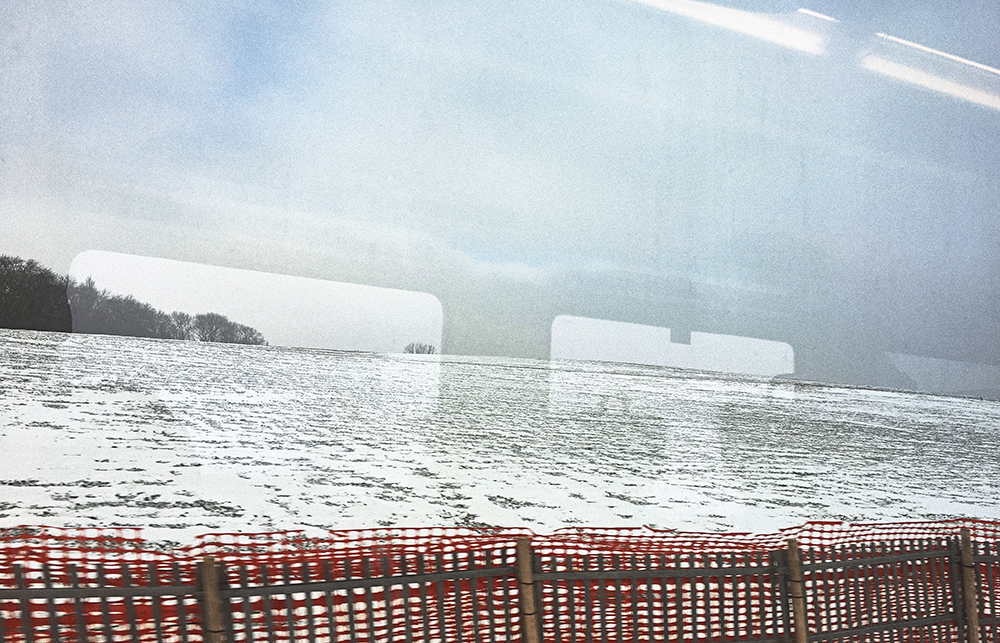 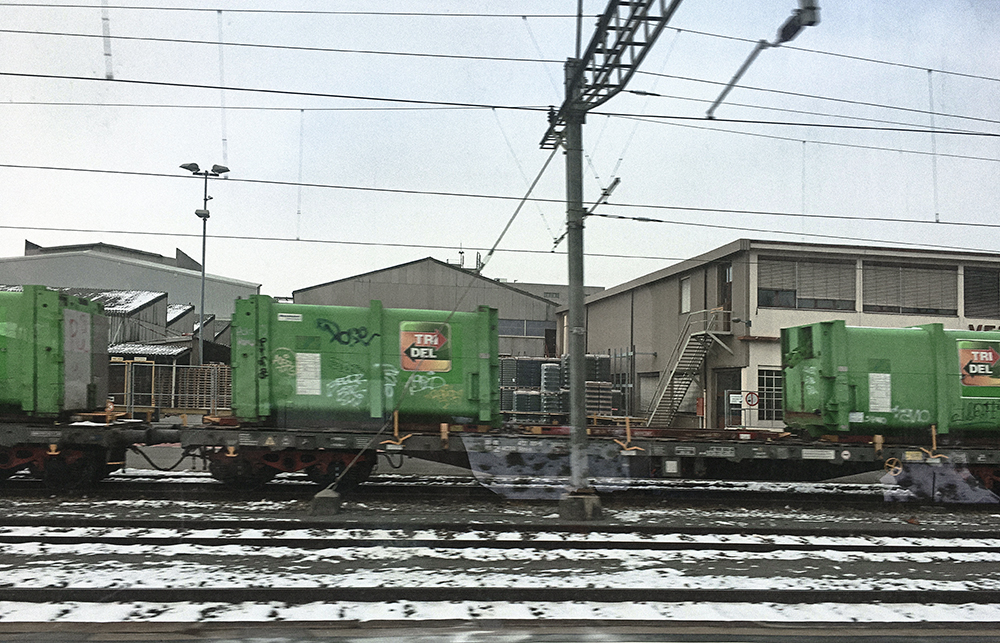 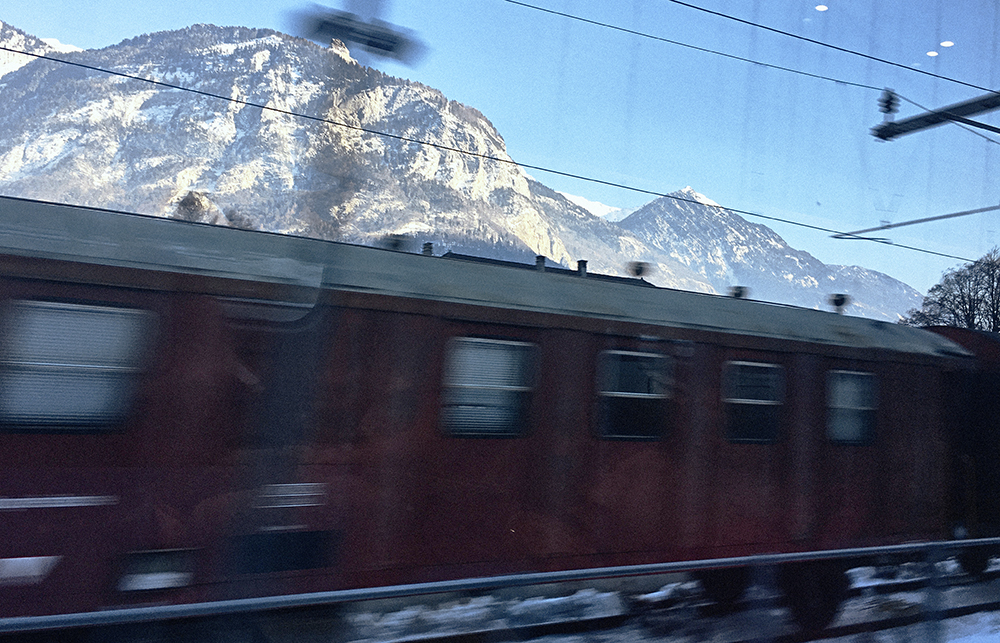